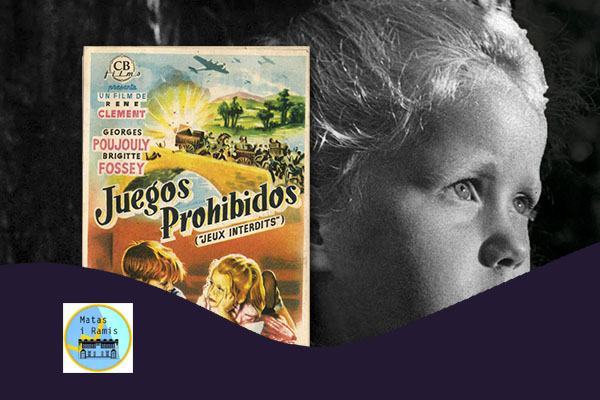 June 1940. Hundreds of French, including little Paulette and her parents, go on a desperate exodus to the south of France, fleeing the Nazis. Paulette’s parents and their dog are killed during a bombing. Someone throws the animal’s corpse into the river, but the girl, unable to separate from him, decides to follow him, which prompts her meeting with Michel, an eleven-year-old boy, who takes her to her parents’ farm, where he is very well received.

A crude story where the soundtrack plays an important role and that, the director, René Clement, commissioned the Murcian musician Narciso Yepes to make a selection masterfully played by himself.