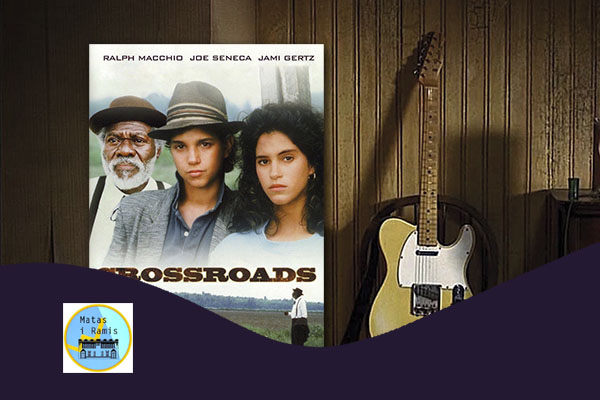 Eugene (Ralph Macchio) has a great talent for classical guitar, although his true dream is to become a blues star. To do this, he gets in touch with the legendary musician Willie Brown (Joe Seneca), who, after a life marked by success, lives in an asylum. Listed as a cult film, it was directed by Walter Hill, inspired by the legend of Robert Johnson, a blues guitarist who sold his soul to the devil.

Spectacular soundtrack conducted by guitarist Ry Cooder, with slide, folk and rock styles. William Kanengiser participated on classical guitar with works such as Mozart’s Rondo alla Turca or Paganini’s caprichos. The duel between the film’s protagonist and the great guitarist Steve Vai, winner of three Grammy Awards, stands out.