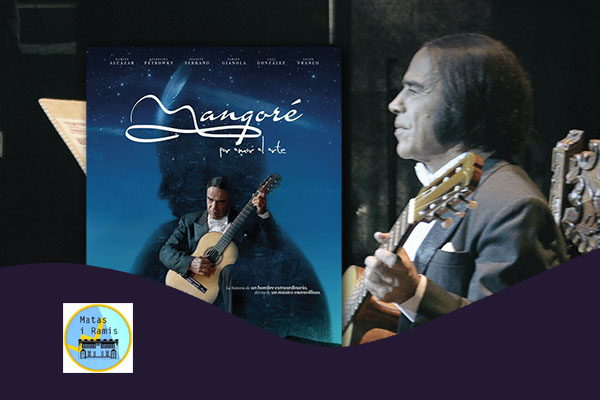 Story inspired by the life of the genius guitarist and composer of Paraguayan music Agustín Pío Barrios Mangoré. Mangoré, for the love of art, is a journey to the depths of the soul of a bohemian and adventurous character, who created a true legend, as a pretext to try to decipher one of the mysteries of life: that of creation.

In the film, the dramatic conflict that gives movement to the mystery of creation is the fantasy of the confrontation between Barrios and Mangoré, between man and hero, between the everyday and the myth, between the real and the imaginary, between the citizen and the artist. Paraguayan film directed by Chilean Luis Roberto Vera with an excellent photography by Javier Arroyo.