The XVI edition arrives fulfilling the claim of the musical literature for guitar of Catalan, Spanish and Latin American authors and that will be defended in competition by young musicians from all over the world.

In the first qualifying phase, the contestants will interpret Miquel Llobet (1878-1938), with 21 years he composed Estudio capricho, a short work of colorful virtuosity; along with some bulerías of the guitarist of Toledo Valentín Bielsa (1929-2012) the work Fantasia para guitarra española.

The second semifinal phase, we have selected the work Aire vasco, great composition of the blind guitarist of Jaén Antonio Jiménez Manjón (1866-1919), on the centenary of his death. Important figure for Llobet, who after listening to him as a child in the Teatro Eldorado, he makes the artistic decision to devote himself to the instrument; and the illustrious Paraguayan guitarist Agustín Barrios Mangoré (1885-1944) a virtuosity study by title Las abejas.

We think that the participants will draw a rich artistic experience with this repertoire, where knowledge of the work and its author will be key to its interpretation.

1) Iberamerik Concert Associació, organizer of the Barcelona Internacional Guitar Contest Miquel Llobet, call for XVI edition that will take place in Barcelona, from 7th to 10th of November, 2019.

2) The contest is open to all guitarists, regardless of nationality, who are no older than 35 years of age at time of registration. First Prize winners from previous editions are not eligible to enter.

3) The contest will be held at the Museu de la Música and L’Auditori of Barcelona.

4) The draw for the competition’s first round performance order will be held at the Museu de la Música de Barcelona on the Thursday 7th of November at 10am. All competitors must attend, those not in attendance will forfeit their right to participate.

5) All cash prizes are subject to their corresponding taxes which will be withheld according to the current legislation.

6) The Organising Committee of the Certamen Llobet will not be responsible for programming dates and cancellation for any of the concerts offered as part of a prize.

7) The travel, accommodation and living costs incurred during the competition will be covered by the participant. If required, Certamen Llobet will provide housing for participants who pass to the semi-final until they are eliminated from the competition.

8) All rights to any recordings of the participants made by Certamen Llobet during the competition will be held by the Organising Committee.

9) By registering for the competition the participant agrees to all the rules of the Certamen Llobet competition. In the case of a discrepancy or disagreement, the Spanish edition of these rules will be used. The decision of the Jury is final.

10) Anything not specified in these rules is not the responsibility of the Organising Committee.

11) Registration for the competition should be made through the website.
Registration deadline: Sunday 4th of October, 2019. There will be a maximum of 20 participants.
The following documents will be required:
a) Biography and artist photo
b) Copy of passport or identity card
c) Proof of bank transfer

13) By registering for the competition, participants will receive free entry and preferential attendance to other activities and concerts put on as part of the Certamen Llobet.

16) These prizes may increase. Any changes will be identified on the website until the end of the registration period. 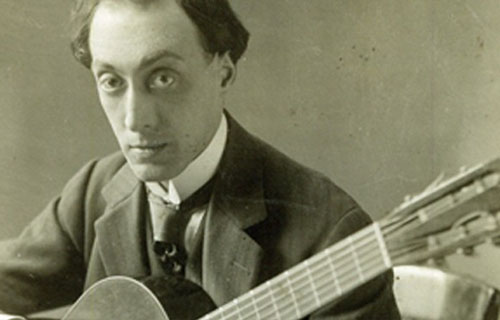 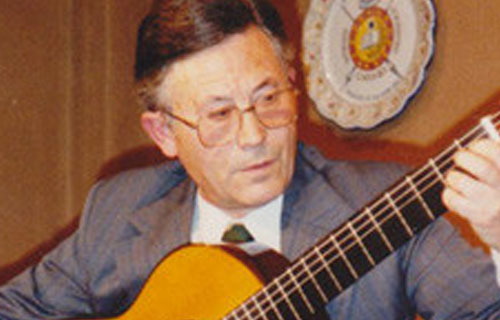 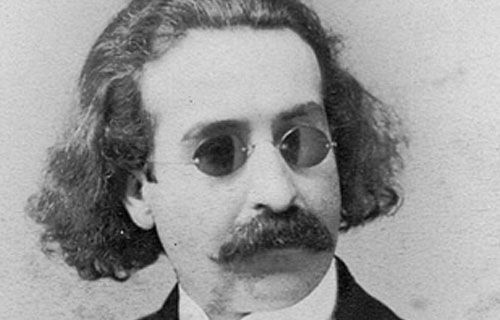 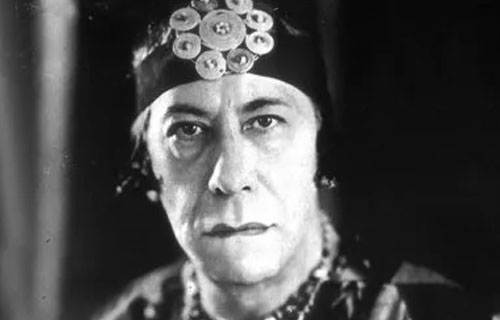 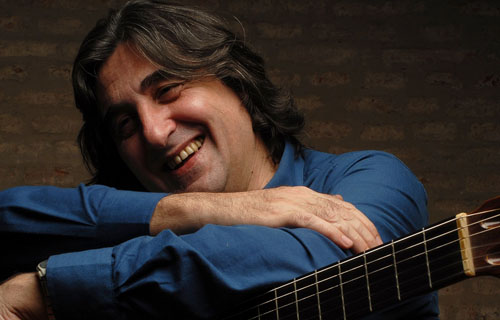 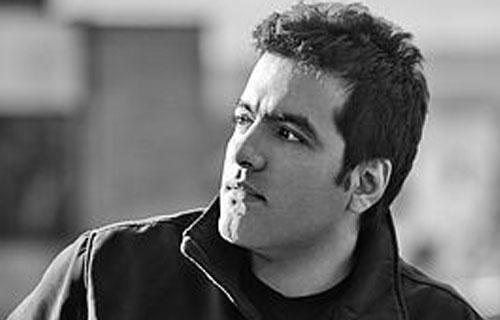 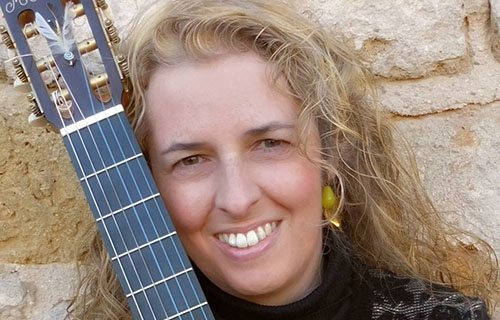 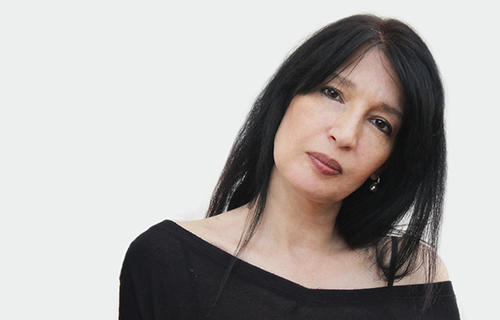 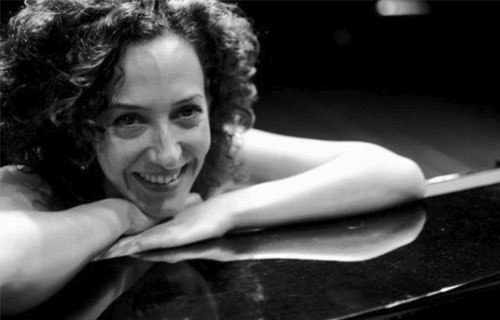 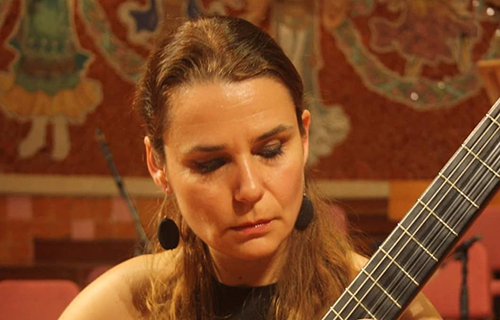 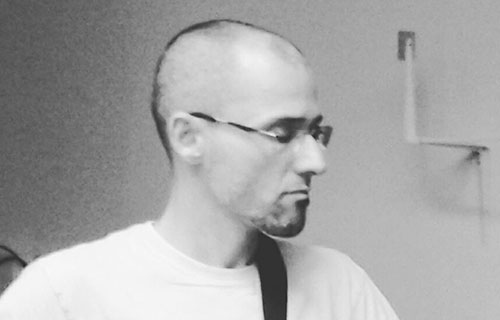 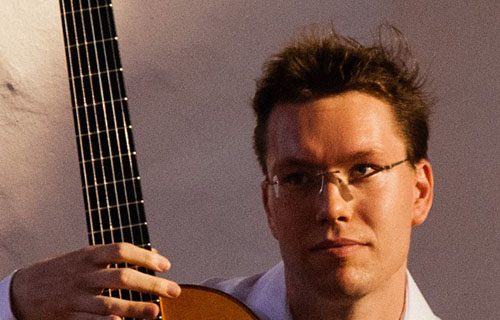 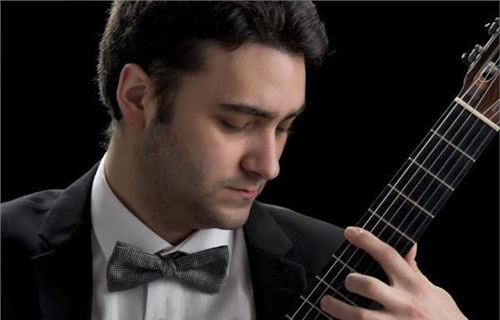 HONORARY AWARD 2019 “A LIFETIME FOR THE GUITAR” 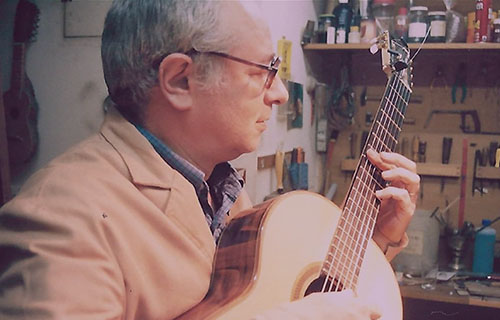 Musician and pedagogue, he has dedicated his life to the contribution and promotion for more than 50 years to the praise of the guitar in the world around the defense and preservation of the figure and the legacy of the illustrious master guitarist Miquel Llobet.

For the first time, the Llobet Contest is left without winner

Since last month the city has been the headquarters of social events in exceptionality due to the lack of political understanding. The mistaken news promulgated by the sensational media has damaged the image of Barcelona, and consequently to the instability of its cultural and tourist activity. The Llobet Competition, as an international event, has been no stranger to it and has been affected by the low participation in the contest.

However, trying to cope with the event to the  deserved normal, the 10th of November we relived an exciting afternoon in the noble art of classical guitar. The room Oriol Martorell of the Auditori of Barcelona refilled an audience with loudness fully delivered. The two finalists that were selected by the members of the jury for the final round performed the two musical pieces that were chosen for the contest. José Manuel Naranjo, of Sevillian origin, was the responsible of opening the contest with the El Oriental piece, of the Uruguayan master Esteban Klisich, accompanied by the Orquesta de Cámara Vozes, conducted by Pablo González, from Venezuela. The second finalist, the young Slovenian Mario Kurtjak, performed the piece Valle perdido, of the Colombian composer Leo Herrera. 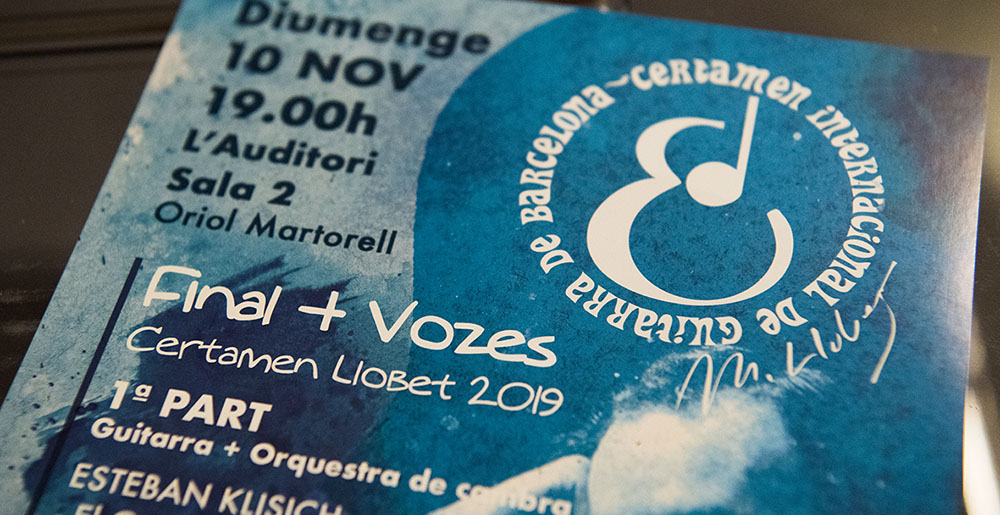 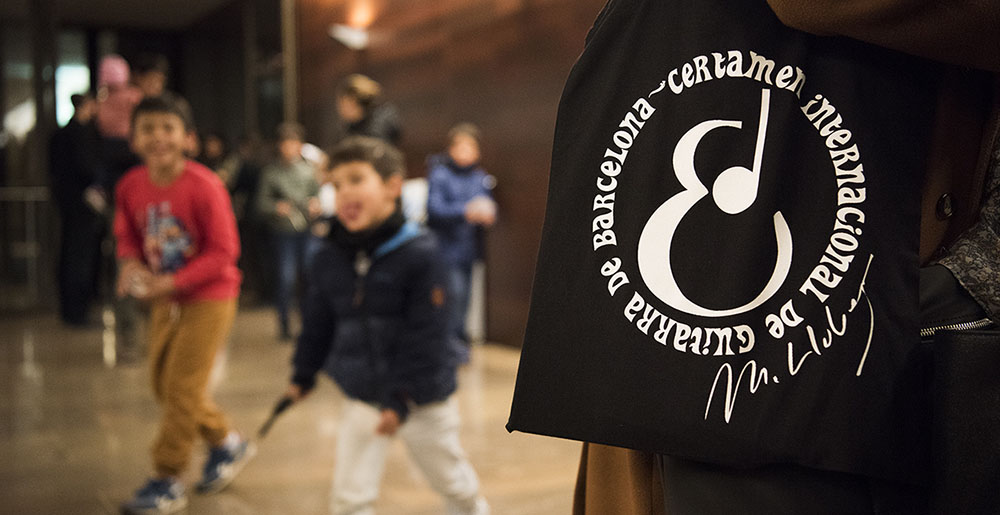 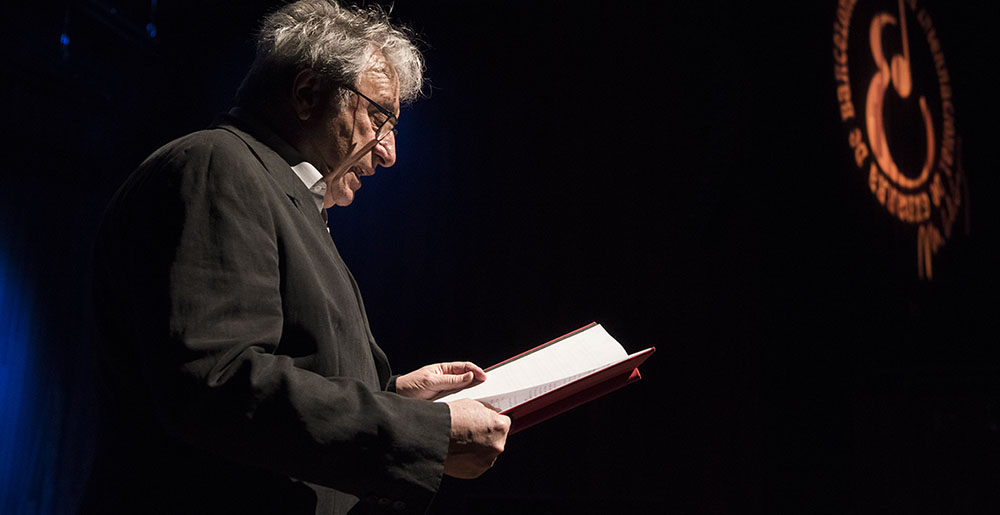 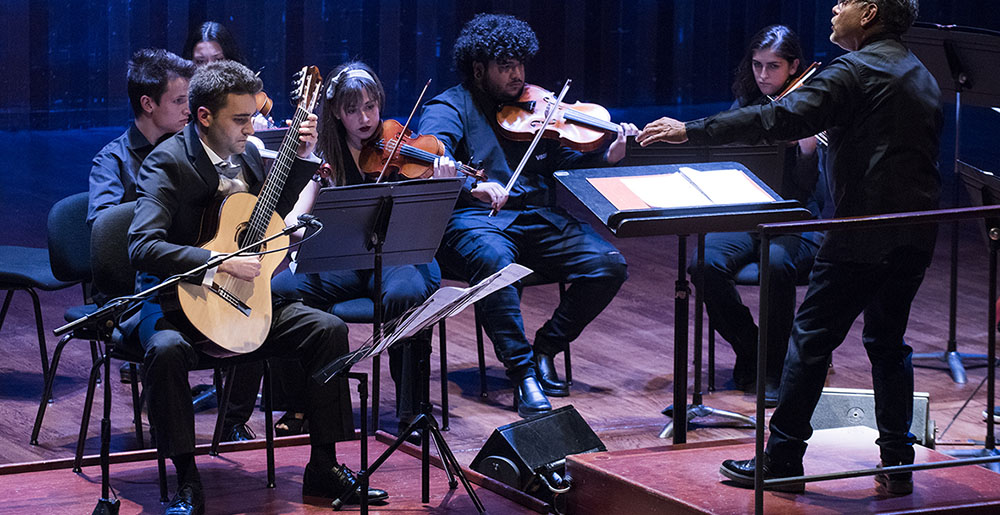 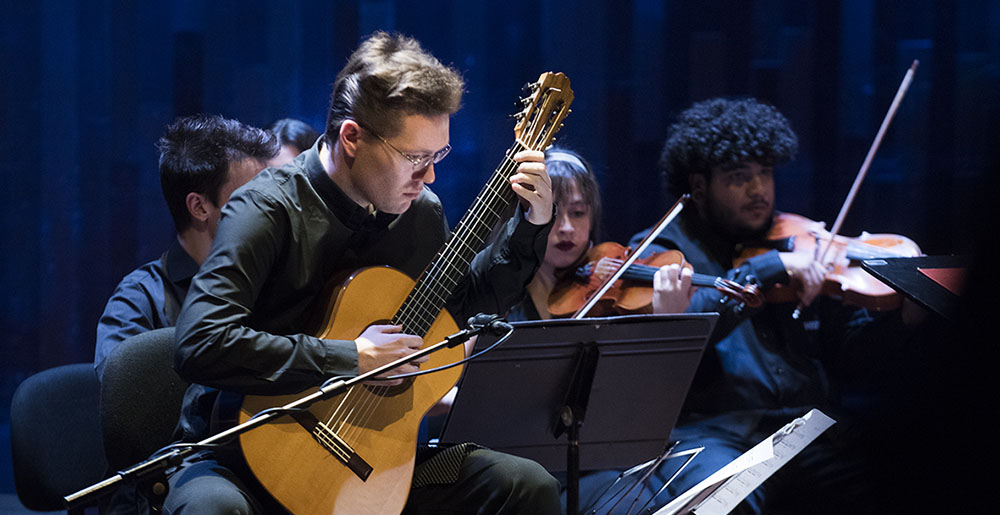 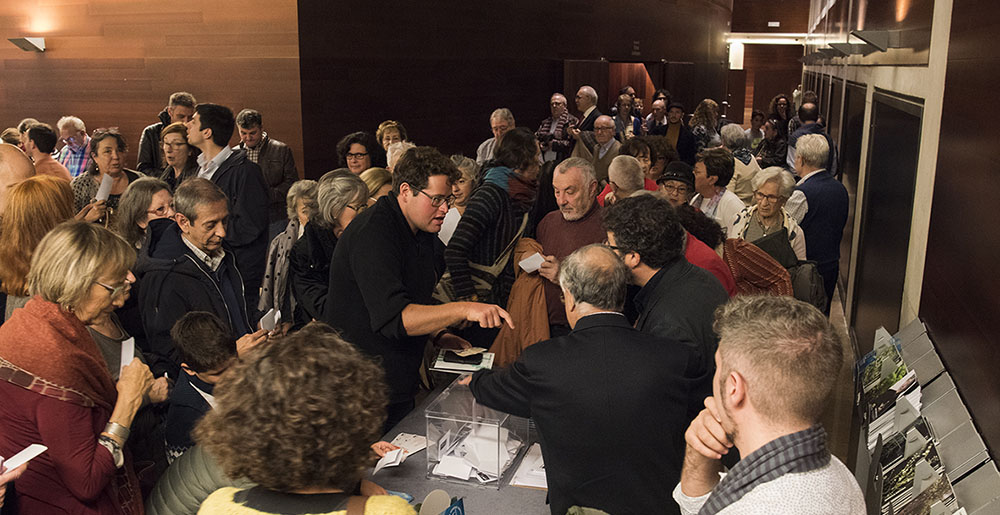 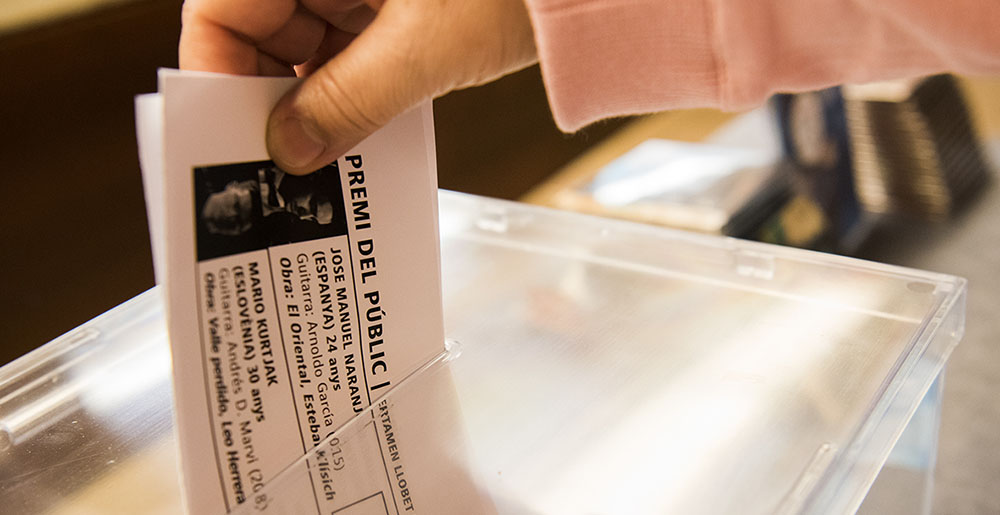 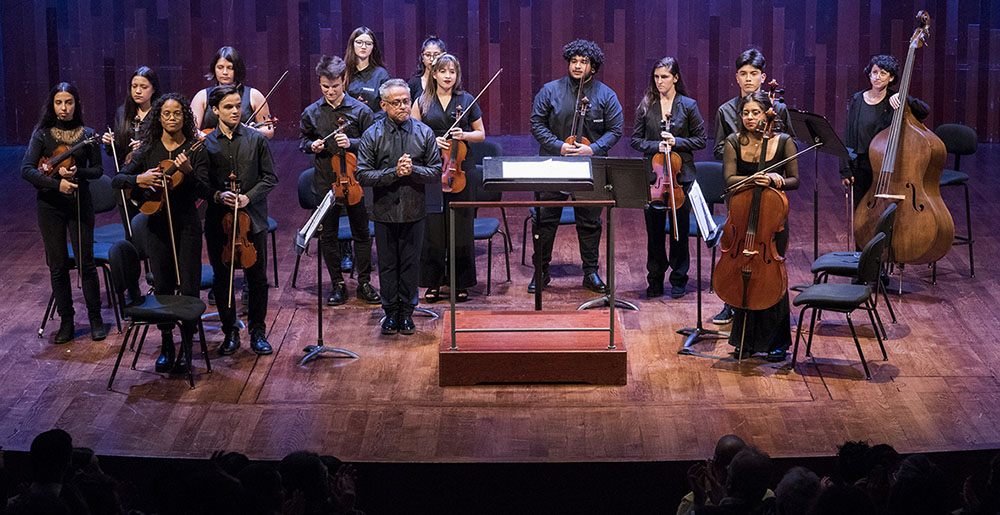 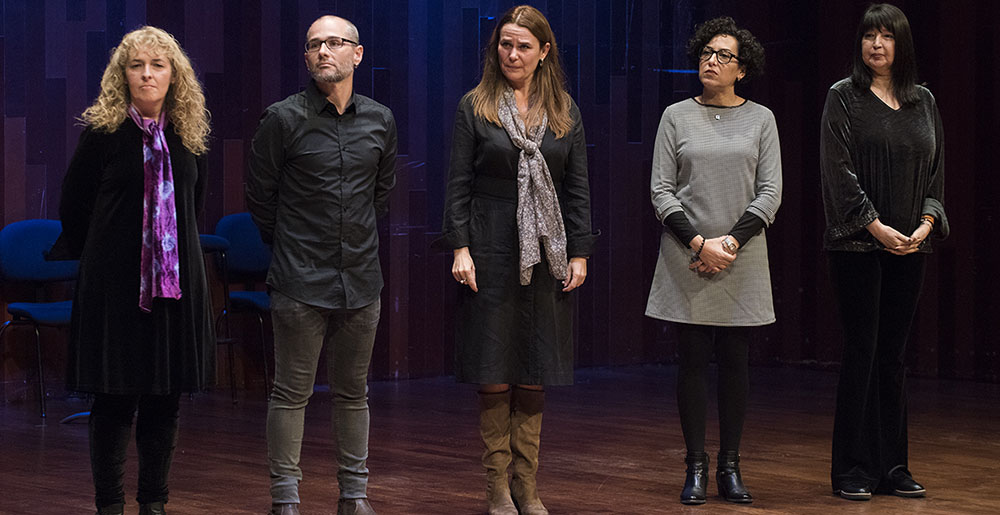 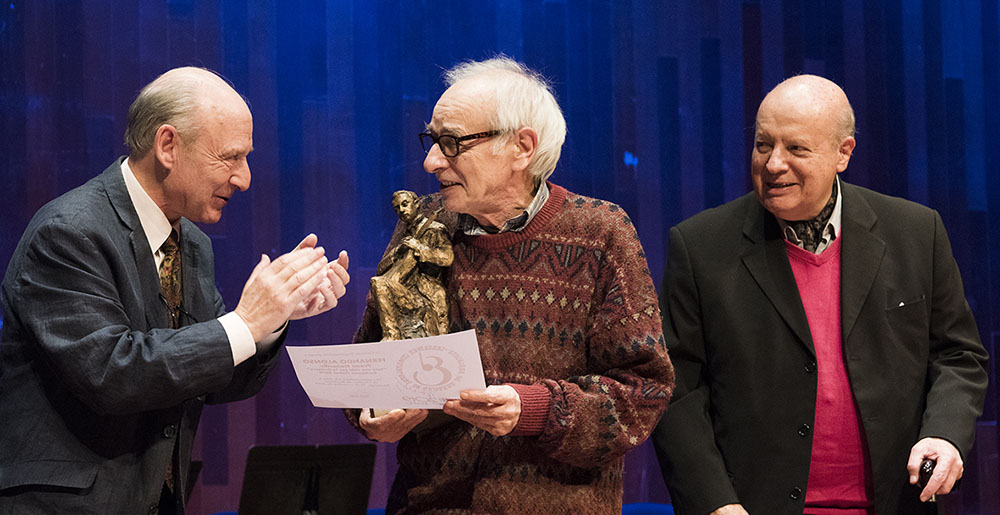 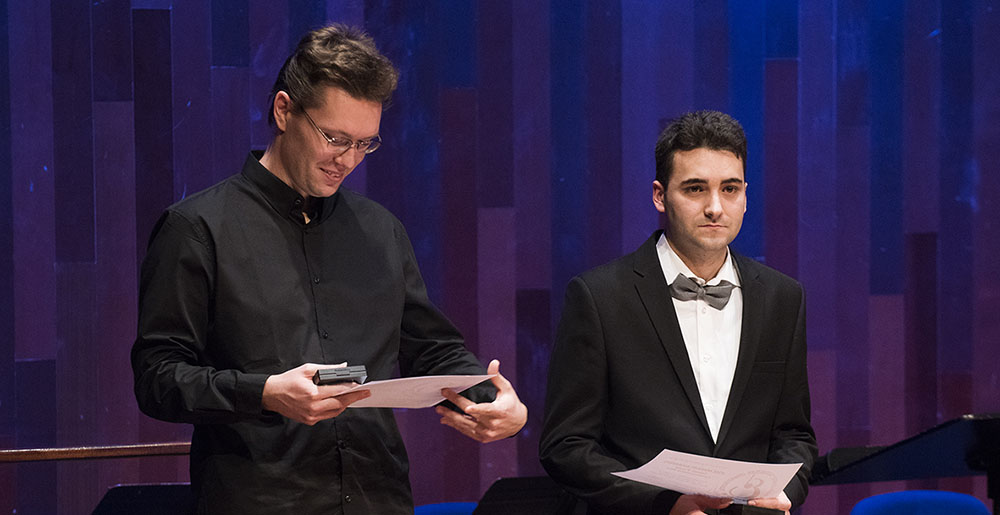 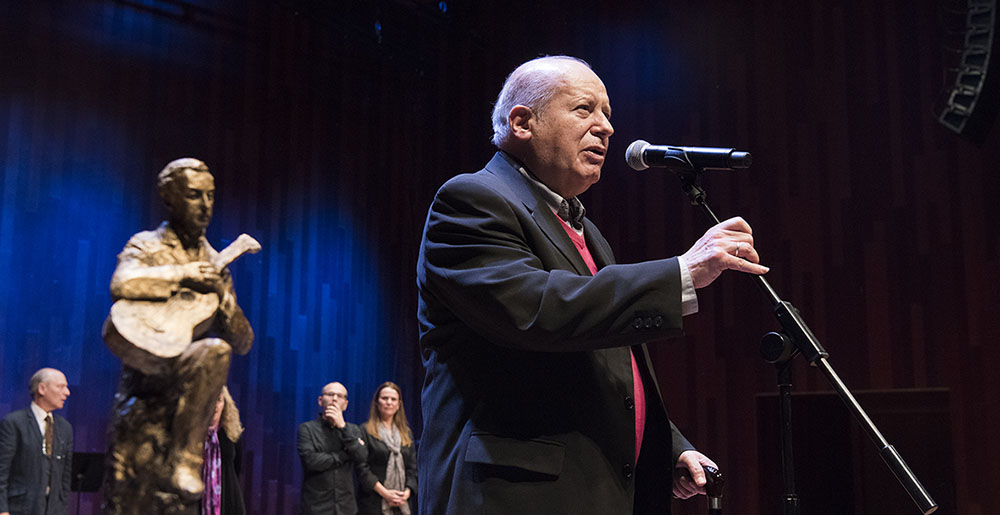 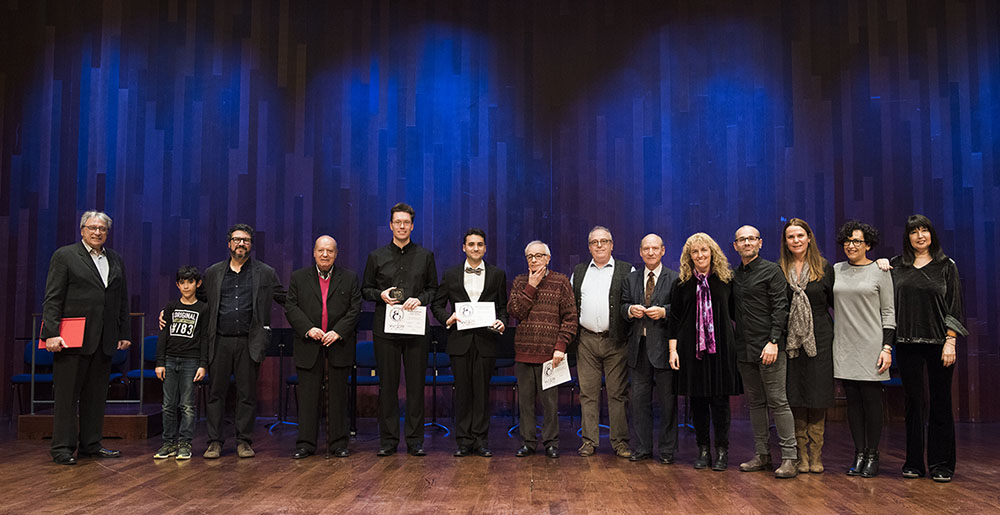