During the three previous editions, the competition has been consolidating itself as a reference in the world of guitar composition, proof of this is the marked internationality of this competition, having had contestants from more than twenty different nationalities and winners both native Spaniards; such as Diego Corraliza, María Camahort or the renowned and multidisciplinary guitarist Darío Moreira, to name just a few, as well as international winners, such as the Russian and also renowned composer Konstantin Vasiliev, the Syrian-Armenian Pardy Minassian or the winner of the 2022 first prize Pablo Guzmán from Argentina. In total, the competition has received more than 160 works in these three editions and, according to the organisers, plans are being devised to gradually disseminate this vast repertoire, demonstrating the vocation of this competition as a promoter, disseminator and generator of new music, which is very much appreciated nowadays.

This new edition will also have a great jury. Clarice Assad, famous composer, singer and guitarist, whose internationality and prestige need no introduction. From the point of view of the performer, the competition will have the great guitarist Rafael Aguirre, one of the most influential guitarists with the greatest worldwide projection in the last years. And from the non-guitarist composer’s point of view, the competition will present Miguel Castro-Santafé, a very young composer and conductor of the legendary Orfeó Balaguerí.

A good competition, a great jury and as always, very interesting participants to discover. A competition that undoubtedly gives a breath of fresh air to the profession. 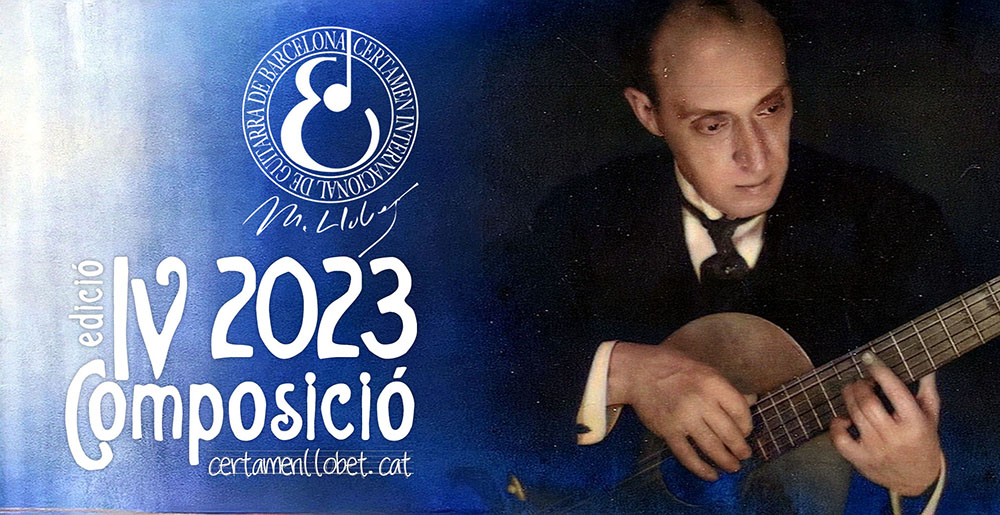