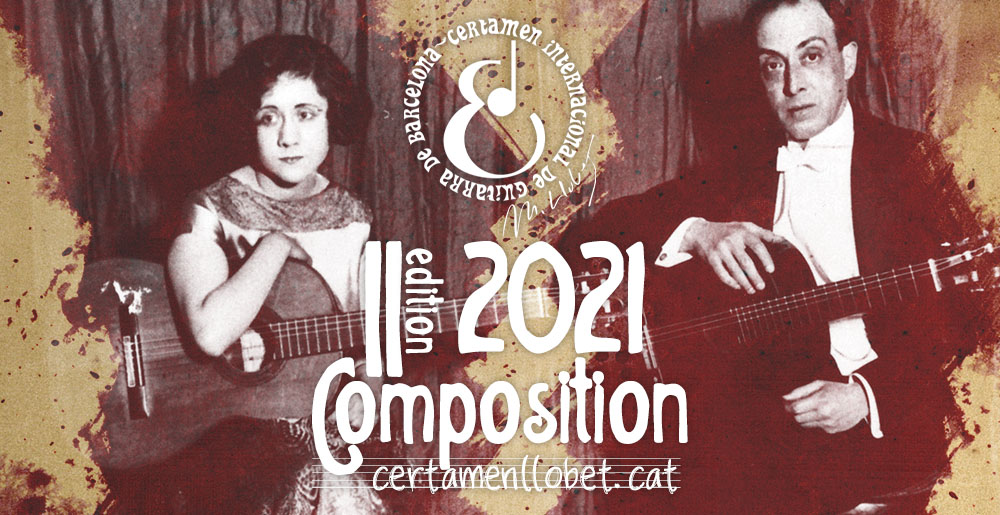 A few days after the publication of the bases of the composition modality, works from different authors and countries have already begun to arrive, highlighting the good reception and the repercussion that the first edition had in compositional circles. In the first edition more than thirty contestants of nine different nationalities participated. The Murcian Diego Corraliza, the Catalan Maria Camahort and the Armenian/Syrian Pardy Minassian were awarded the first, second and third prizes (honorable mention) respectively.

The attractiveness of the design of the awards lies not only in the financial prize of one thousand and five hundred euros for the first and second prizes, but also in the promotion and dissemination of the winning work during one year and a half. During that time, the official premiere of the work will take place at the Art Llobet festival (October/November), with a video clip of it being made later. The following year the work will be included as a required piece in the semifinal of the competition’s performance modality and finally it will be included in the recording that the winner of the Llobet Interpretation Contest will record as part of their prize.

In this way, the contest meets a wide spectrum of the needs of the current composers, in terms of financial endowment, acquisition of video and record media and medium/long-term promotion of the work.

Despite the tough and complex current situation and after having to change dates on several occasions due to restrictions, the work Canción Primera by first prize winner Diego Corraliza will be recorded during this month of March with Jacob Cordover on guitar and Izan Rubio in charge of Image and Sound and has already been included as a required work in the 2021 interpretation contest.

A contest designed from the need of the current author, that has started very successfully and that will surely give much to talk about in the coming years.